Club Member
Wanted to mention that elite pro track coach and #ForeverBuff Joe Bosshard's (https://cubuffs.com/sports/track-and-field/roster/joe-bosshard/121) professional running group (which includes fellow #Foreverbuff's Emma Coburn (also his wife), Dani Jones, Laura Thweatt, Maddie Alm and Nick Harris) announced ~10 days ago (see below Instagram) that they are going to be running men's and women's mile races this Saturday evening (~~8:39 PM MT per the tweet posted in post #4 below). The running goal (in addition I'm sure to just get to race somewhat competitively in this Covid-period of cancelled official meets) seems to be attempting to break the records for fastest men's and women's mile times ran on Colorado soil.

(Both records are currently held by Buffs, with the aforementioned Dani Jones holding the women's record, while Joe Klecker set the men's record during this past indoor season.

As a major (or maybe THE main) reason for the races, they have set up an opportunity to donate to (quoted from the below Instagram) "the Sachs Foundation, whose mission is to provide educational opportunities to Black and African American residents of Colorado."

Donation page (of course contains a LOT more info than what I wrote above) - https://pledgeit.org/team-boss-colo...sachs-foundation?trk=5ee55fe68859ec85a85d8879
(Although the race is this Saturday, looks like the donation period doesn’t end for 11 days.

As I type this, the page shows they have received $12,158 in pledges towards their $20,000 goal. With the pledge option of giving so much per second all the racers run under the current Colorado soil records this Saturday, the exact actual pledge amount is unknown at this point. The donation page says "We've estimated a total of 30 cumulative seconds below the previous records for this campaign." Hopefully the whole team is feeling SPEEDY this Saturday to help increase the total donation amount!)

A few notes:
1) At the time the races were announced, they did say they will be live-streamed, with more information on how to watch them I assume becoming available as race-time closes in.

2) As I'd assume most/ all here already know, it's harder to run at altitude, which is why (along with the fact not many (if any?) elite pro track meets have been run in the state) why no one has ever broken the mythical 4:00 mile barrier. From what I could find, looks like Colorado Mesa is (per the donations page) at around 4600 4500 ft. above sea level, (or one website I found indicates close to 4600 ft.). Using the NCAA's altitude Conversion app, looks like on the men's side running at Colorado Mesa's lower altitude could make it, all other things being equal, ~1.43 seconds faster at 4500 than running in Boulder's IPF (or 1.25 seconds at 4600 ft.), while on the women's side it works out to ~1.64 seconds faster at 4500 ft., or around 1.5 seconds if it's 4600 ft..

3) Obviously not a huge deal, but both the donation webpage and the above Instagram post say that Ms. Jones’ Colorado “soil” record is 4:36.8. However (as can be found in the article at https://cubuffs.com/news/2018/2/2/track-and-field-jones-clocks-fastest-mile-at-cu-invite.aspx), I believe (unless I'm missing something???) it is actually 4:36.05.

4) As a fan of all things Buffs, great to see Joe Bosshard seems to be establishing himself as one of THE top younger (looks like he's 30) pro distance running coaches in the U.S... In addition to gaining #ForeverBuff Dani Jones' commitment in early May to be coached by him and train with his group (she was considered THE top distance running prospect in the nation out of this year's women's class), it was announced a few weeks ago the top men's NCAA distance runner from the 2018/2019 academic year, Aussie and Wisconsin Badger grad Morgan McDonald, has also joined "Team Boss". (Mr. McDonald won 4 NCAA Championships his senior year- being the 2018 Cross Country Champion, as well as winning 3 championships on the track.)
Last edited: Jun 25, 2020

Club Member
From a tweet made by a Team Boss runner, looks like the plan may be to stream the races on the team's Youtube channel (which was just set up today).

Link to that channel - https://www.youtube.com/channel/UCUHbz1qDQaP_69Lv777Jwaw/featured

Edit - from looking at one of the videos just loaded on the channel, sounds like the estimated start time is ~9:00 PM.

Club Member
There is now an (runnerspace.com) article out about this Saturday's races. (It's saying they're scheduled to start at 8:30 PM MT.)

Club Member
Looks like they've picked up another streaming partner (a rare FREE stream on Flotrack!), and exact times for the races listed in the below tweet.

Club Member
Bump as the 1st (women's) race is about ready to start.

Club Member
Looks like there is a new Colorado soil mile record for the women, and it stays in the Buff "family", as Emma Coburn gets the win in (unofficially?) 4:32.7. I would think Dani Jones, who got 3rd maybe 5-10 yards back, also was under her old record by maybe a full second or more.

Club Member
In the men's race, Joe Klecker's record stands, as the newest member of the Bosshard team, Wisconsin grad and Aussie Morgan McDonald, blew the rest of the runners away on the last lap, but can't make up for the 1st 3 laps being a couple seconds behind the needed pace, so finishes in the 4:02's.
Last edited: Jun 28, 2020

Club Member
Here's an article with the story for the races, including times- https://www.runnerspace.com/gprofile.php?mgroup_id=44531&do=news&news_id=605240

And, here are direct links to the (look to be free) interviews with the 2 winners (including #ForeverBuff Coburn) - 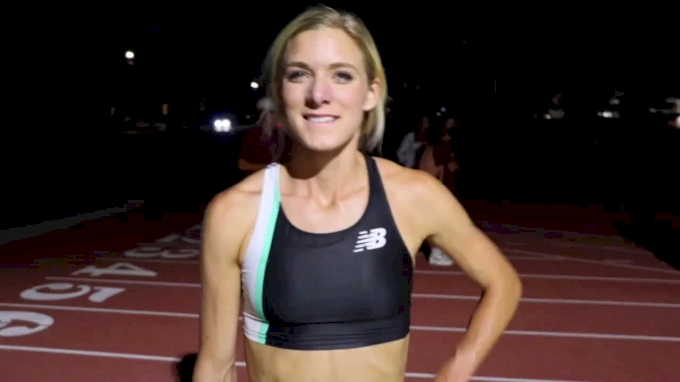 The gold medalist ran 4:32 at the Team Boss Colorado Mile, the fastest time ever run in Colorado. 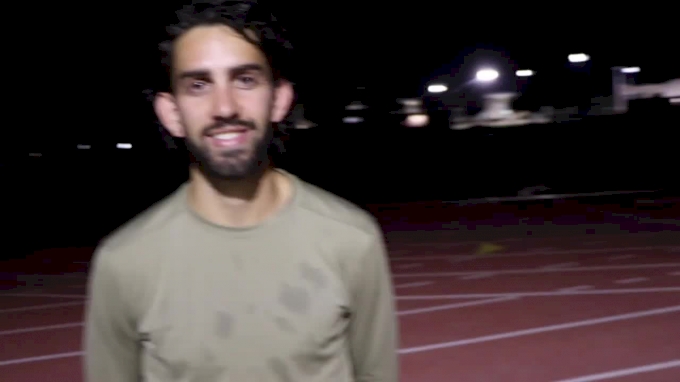