Live video - Game is being shown live on ESPNU. For those whose Cable/ Satellite/ Cord Cutting subscription includes access to that channel, assume the game can also be streamed through a link at https://www.espn.com/watch/ .

those jerseys are so dope! would love for them to influence future designs I decided to be not be too mean to this kid. 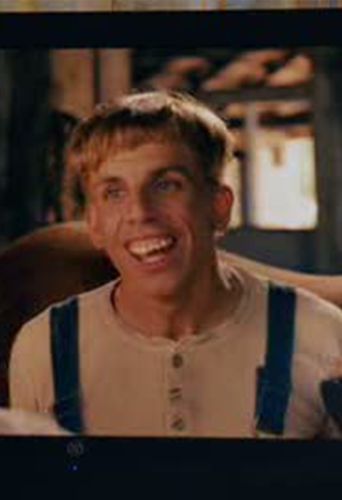 Club Member
Preview for the game now available at https://cubuffs.com/news/2020/1/10/mens-basketball-buffs-turn-attention-to-sunday-visit-from-utes.aspx .

"
BOULDER — Learn, get better and move on.

That's been one of the main messages this week from Colorado head coach Tad Boyle to his Buffaloes.

The 25th-ranked Buffs (12-3 overall, 1-1 Pac-12) played well last week for approximately 73 minutes, only to see a sub-par seven-minute stretch throw a damper on the entire week. Thus, what started as a very promising week with a big win over No. 4 Oregon ended with a thud in the form of a home loss to Oregon State.

Now, the Buffs aim to rebound Sunday when they end a three-game homestand with a 4 p.m. game against Utah (10-4, 1-1) at the CU Events Center.

Granted, it hasn't been easy for the Buffs to get past those final seven minutes against OSU, when they let an 11-point lead slip turn into an eight-point loss. But as Boyle has told his team, they have to remember what they did to produce that lead — then eliminate the mistakes that let it disappear down the stretch.

"You address your problems and you also talk about the fact that we were playing very, very well for those first 33 minutes," Boyle said after Friday's practice. "We have to build on that and gain confidence from that, and learn from that last stretch. (But) you can't dwell on it. That's a big thing."
...

Protecting the paint against the Utes will be a critical area for Colorado on Sunday, in particular against Utah's 6-foot-6 forward Timmy Allen, who leads the Pac-12 in scoring with a 21.1 average.

"He can score at the rim, he can make free throws, he's got a great mid-range game," Boyle said. "He's just a tough-minded, gritty, competitive dude that puts a lot of pressure on your defense. We have to keep him out of the paint. It's going to take a team effort."
....

Club Member
Realize this is out of place, but watched Gonzaga last night, and #2 could be Lucas' twin.

Walseth, whose name is emblazoned on the CU Events Center court, coached at CU for 20 years (1956-76), where he compiled a 261-245 record while playing in one of the nation's toughest conferences (Big Seven/Big Eight). In an era when only the regular season conference champions earned NCAA Tournament berths, Walseth won three Big Eight regular season titles (1961-62, '62-63 and '68-69), took his teams to three NCAA Tournaments, and was named the Big Eight Coach of the Year five times.

The annual reunions were started by current CU head coach Tad Boyle, who greatly values the Colorado program's tradition. It has been a point of emphasis throughout his 10-year tenure, and each year CU hosts a reunion for former players. The reunions are open to all Buffs, but each year, a coach from the past and players from that specific era are recognized.
...

While Boyle's Buffs did win a Pac-12 tournament champion in 2012, Walseth's 1968-69 team — which featured Big Eight Player of the Year Cliff Meely — is still the last CU squad to win a regular season conference title.

Reunion attendees were celebrated at a Saturday night reception in Boulder, and will be recognized at Sunday's Colorado-Utah game at the Events Center (4 p.m., ESPNU).

"
BOULDER — Tad Boyle's Colorado Buffaloes have had a week now to stew over their last outing, a 76-68 loss to Oregon State.

Most weeks in the conference season involve two games. But twice each year, Pac-12 teams face their conference-designated rival and it is their only game of the week. Thus, thanks to a loss that prevented the Buffs from spending the week atop the league standings, it's been an especially long seven days.

"That's behind us," Boyle said after Saturday's practice. "We can't do anything about it now other than move forward, and that's what we've got to do with Utah."

It won't be an easy assignment. The Utes, picked in the preseason media poll to finish ninth in the Pac-12, look much more like an upper-division conference team. Utah opened its conference season with a win over Oregon State — the same Beavers, Boyle notes, who beat Colorado three days later — and took Oregon down to the wire before losing. Larry Krystkowiak's team also owns wins over Kentucky, Nevada, Minnesota and BYU.

"They're a tough-minded team and they play within themselves," Boyle said. "Utah doesn't beat themselves. You have to beat Utah. They're not going to come in here and turn it over 25 times. They're not going to take a bunch of bad shots. They're much, much better than I think anybody thought that they would be at this stage of the game before the season started."

The Utes are led by sophomore Timmy Allen, a 6-foot-6 forward who leads the league in scoring (21.1 points per game) and is in the top 10 in rebounding as well (7.9 rpg). But they also have a dangerous outside shooter in freshman Rylan Jones (third in the league in 3-point percentage at .475) and a capable scorer in 6-6 guard Both Gach (12.9 ppg).

TIPOFF: The game is set for 4 p.m. at the CU Events Center.

THE SERIES: Colorado holds a 28-23 all-time edge in the series, but the two teams have split the last four, with the home team winning each time.

BROADCAST: The game will be televised by ESPNU with Roxy Bernstein and Corey Williams. The radio broadcast will be carried by 850 AM and 94.1 FM KOA, with Voice of the Buffs Mark Johnson and Scott Wilke.

I know it’s not nice to say such things, but good gawd Utah has to have the ugliest roster of dudes I’ve ever seen. It’s like a comic book mad scientist’s experiment gone terribly wrong. Or The Hills Have Eyes Part 3. Man, I’m shaken deeply.

Commissar of the Albuffs Collective Left

Da Lama said:
I know it’s not nice to say such things, but good gawd Utah has to have the ugliest roster of dudes I’ve ever seen. It’s like a comic book mad scientist’s experiment gone terribly wrong. Or The Hills Have Eyes Part 3. Man, I’m shaken deeply.
Click to expand...

That's exactly what I was thinking. Mormon inbreeding?

Club Member
I'm here too and like the retro uniforms
B

Club Member
Based upon warm-ups, McKinley, Tyler and Dallas are dialed in and ready to go. Go Buffs!!!

VP of Quantified Self

Club Member
This is a beating.

I like them too and didn't think I would.

Club Member
See if we adjusted against the press. It’s coming.
A

Jello Bear said:
This is a beating.
Click to expand...

I think we're playing well, but this is more about what Utah isn't doing-they look like dog piss from what I've seen.
C