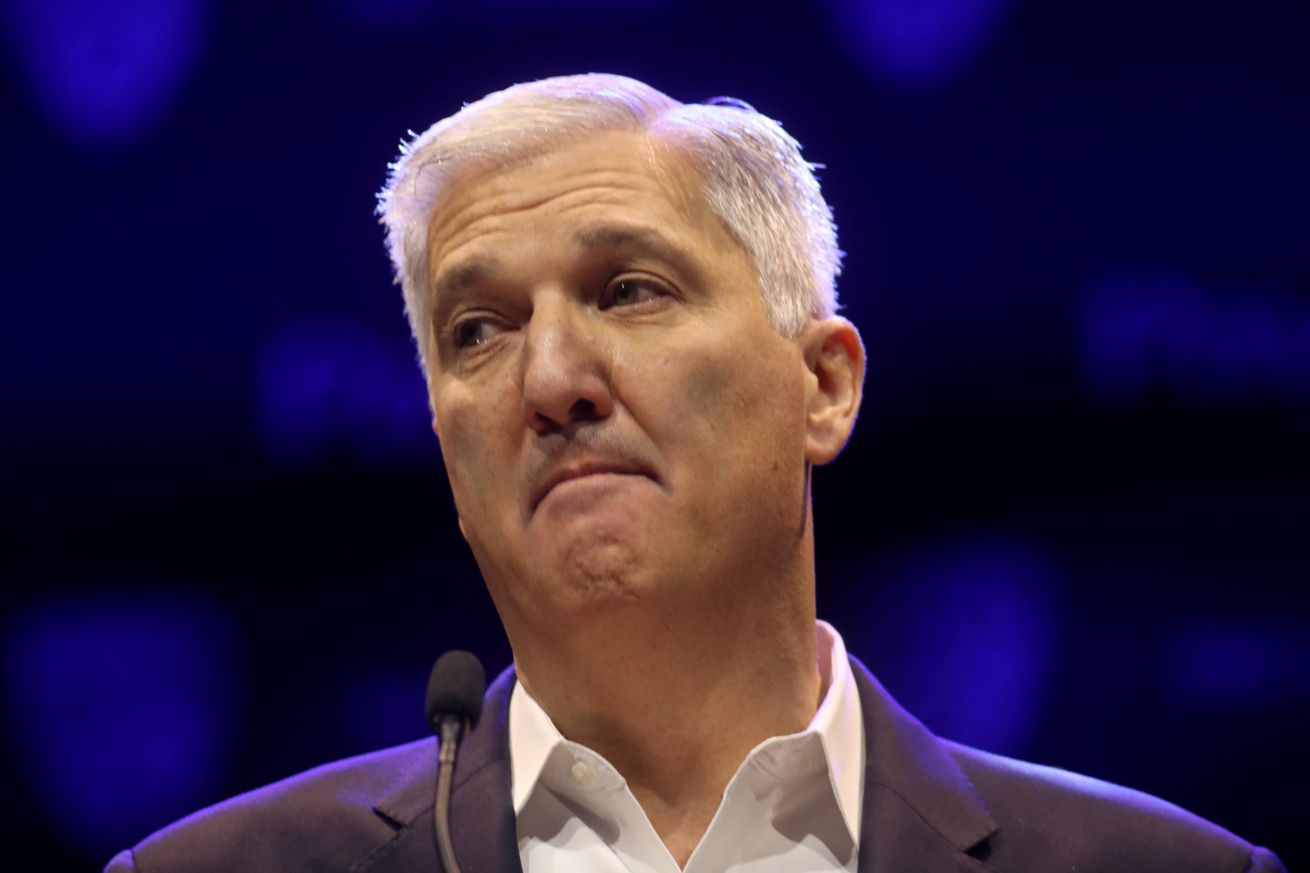 The commish remains focused despite an uncertain future for the conference

Pac-12 Commissioner George Kliavkoff addressed the media for the first time since it was announced USC and UCLA would be leaving the conference by 2024.

While he tried to skirt around the issue and not face it directly, the former MGM entertainment president turned college athletics figurehead couldn’t hold back his frustration as questions rolled off one after another. He even targeted another Power 5 conference in hopes expansion would be imminent.

“As for the Big 12 being open for business, I appreciate that. We haven’t decided if we’re going shopping there yet,” Kliavkoff said on Friday. The statement was in response to Big 12 commissioner Brett Yormark’s comments on realignment made two weeks ago.

There’s been no secrets about the Big 12 courting potential replacements after losing Texas and Oklahoma to the SEC. Among the list of possible replacements has included at least six Pac-12 schools, with Colorado being one of them, according to multiple sources. Now, it’s unlikely CU would be headed back to their former conference, but stranger things have happened.

Kliavkoff went on to say the Pac-12 was open to expanding and were actively looking for new members. Also, he felt the heat applied by Yorkman and the Big 12 as they tried to execute an all-out blitz in a fast-paced fight for media rights dollars. Overall, the Pac-12 has lost leverage with the exit of USC and UCLA while in the midst of trying to re-up their own deals with ESPN and FOX. No real concerns yet as the current television contract expires in 2024.

It’s unclear how Kliavkoff plans to close the revenue gap between other major conferences. Data released earlier this year shows the Pac-12 is due to distribute roughly $34.4M per school in 2022— a $6.2M difference from the Big 12 at $40.6M per school, respectfully. The two are still playing “second-fiddle” to the SEC whose projected to rake in $54.3M per school, along with the Big Ten at $57.2M per institution. Thus why USC’s move is a big draw after reportedly making $50M in revenue last year, which was more than five SEC schools.