NBA (and other pro league) Buffs

buffgal said:
Could someone please explain what sign and trade means?

All I know is Dinwiddie is finally going to get paid what he is worth.
Click to expand...

He technically signed with Brooklyn then was immediately traded to Washington. Brooklyn does this so they don’t lose him for nothing.

buffgal said:
Could someone please explain what sign and trade means?

All I know is Dinwiddie is finally going to get paid what he is worth.
Click to expand...

He officially signed the contract with the Nets (his previous team), even though it was negotiated with the Wizards. He was then traded to the Wizards. This is done for salary cap reasons, it also allows the player to potentially get more money out of the deal. Sign and trades are mostly mutually beneficial for the player, and the team he's going to, and the team he's leaving usually gets draft picks or something else for helping facilitate the transaction. The Dinwiddie sign and trade is actually ludicrously complex because they roped in some other transactions that happened on draft day, and there are like 5 teams involved.

Short answer, they do it because of salary cap rules.
9

Club Member
Thank you for the explanation.

George needs to work on those hops.
B

Tyler Bey with 2 points 1 board, 2 assists, 1 steal, 1 block, and two turnovers in 9 minutes with the Bulls summer league. Still kind of shocked the Mav's let him go after him showing out well for their G league team and them investing a high second round pick on him. This is a make or break summer league for him. He needs more than 9 minutes though.

There can be only one

I'm assuming that deal structure is missing an "M" if team wins a title, but regardless, happy to see Spencer get paid.

Club Member
Kin can potentially make this Wolves roster!
He is an ideal Backup Point Guard in the NBA
So technically sound and so much fun to hear his name
Having a nice game, wished he would have dunked that breakaway he had
B

Pretty darn good Summer League game, and you could tell as the game went on that his teammates and coaches already felt comfortable with the ball in his hands, and that he commands respect. He is in a good place in Minnesota, and I would assume he is living at home?
B

Don't know why I just connected these dots. But for him to have this performance right after his mom's tragic passing is even more powerful. Crazy he was able to compose himself and hit 5 3's in a row after everything he went through.

Highlander said:
I'm assuming that deal structure is missing an "M" if team wins a title, but regardless, happy to see Spencer get paid.
Click to expand...

His team negotiated an incentives-laden, three-year, $62 million contract and, to top it off, tossed in a $1 bonus if the Wizards win a championship. He says if they win a title, he wants his payout in pennies. Hopefully, he doesn’t spend them all on one thing. At first, Washington’s front office thought the title bonus was a joke. Once they realized it wasn’t, general manager Tommy Sheppard & Co. etched what must be the smallest incentive in NBA history into Dinwiddie’s deal.
Click to expand... 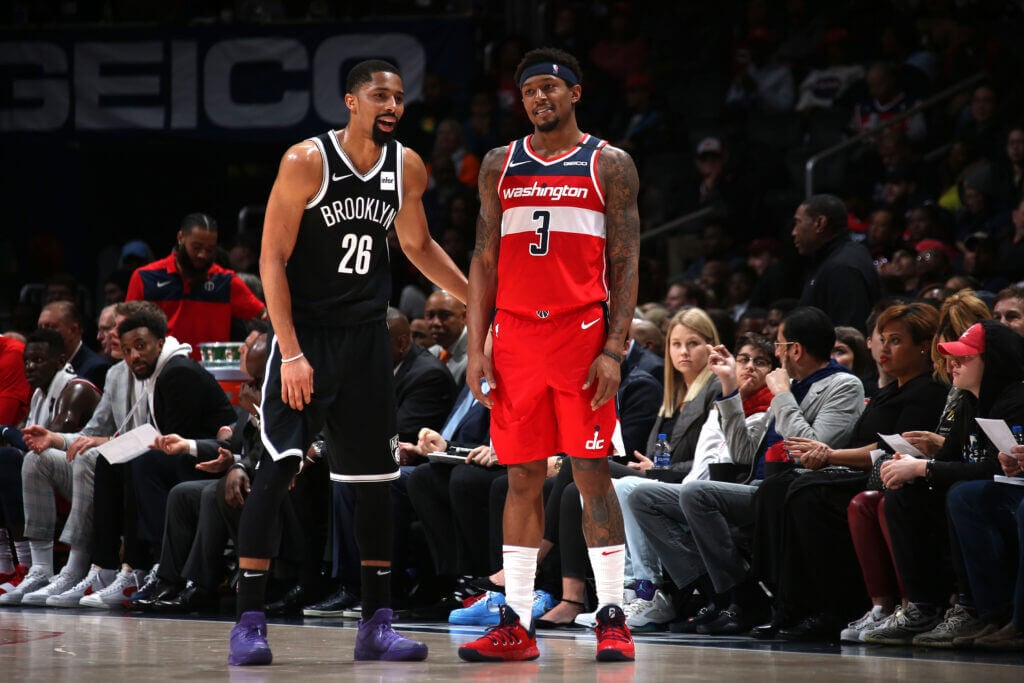 Dinwiddie also talked about analytics in the NBA, life after basketball, learning Jeet Kun Do, buying islands and traveling with monks.

www.nba.com
Kin vs Bey! Kin and the Twolves got the dub. Kin shut down Ayo and Devon Dotson too. Bey still only getting 10ish minutes a game.

www.nba.com
Kin vs Bey! Kin and the Twolves got the dub. Kin shut down Ayo and Devon Dotson too. Bey still only getting 10ish minutes a game.
Click to expand...

Tyler looked frustrated and lost? Is he struggling in the NBA and may need to go overseas?
M

Guessing P Bev's pick up hurts Kin's potential for getting a roster spot.

Club Member
Junta Member
Man, **** Patrick Beverly. He talks a big game, but has he actually made any team he's been on noticeably better? No.

I always thought Austin could become a good coach. Played 4 positions here and developed from a finesse perimeter guy to a hard nosed paint defender.

Great breadth of playing experience with a willingness to be the guy his team needed even though it hurt his own stats.

Great breadth of playing experience with a willingness to be the guy his team needed even though it hurt his own stats.
Click to expand...

Not bad for someone who hails from Killdeer.

Club Member
Is Andre Roberson with any team at this point?

buffgal said:
Is Andre Roberson with any team at this point?
Click to expand...

Club Member
I saw that last night but didn't know if Dre was on a team.

Frankly, he's got a skill set the Nuggs could really use if he's physically able to play.
B

Rockets invite Bey to training camp. He has a good chance to make the team. 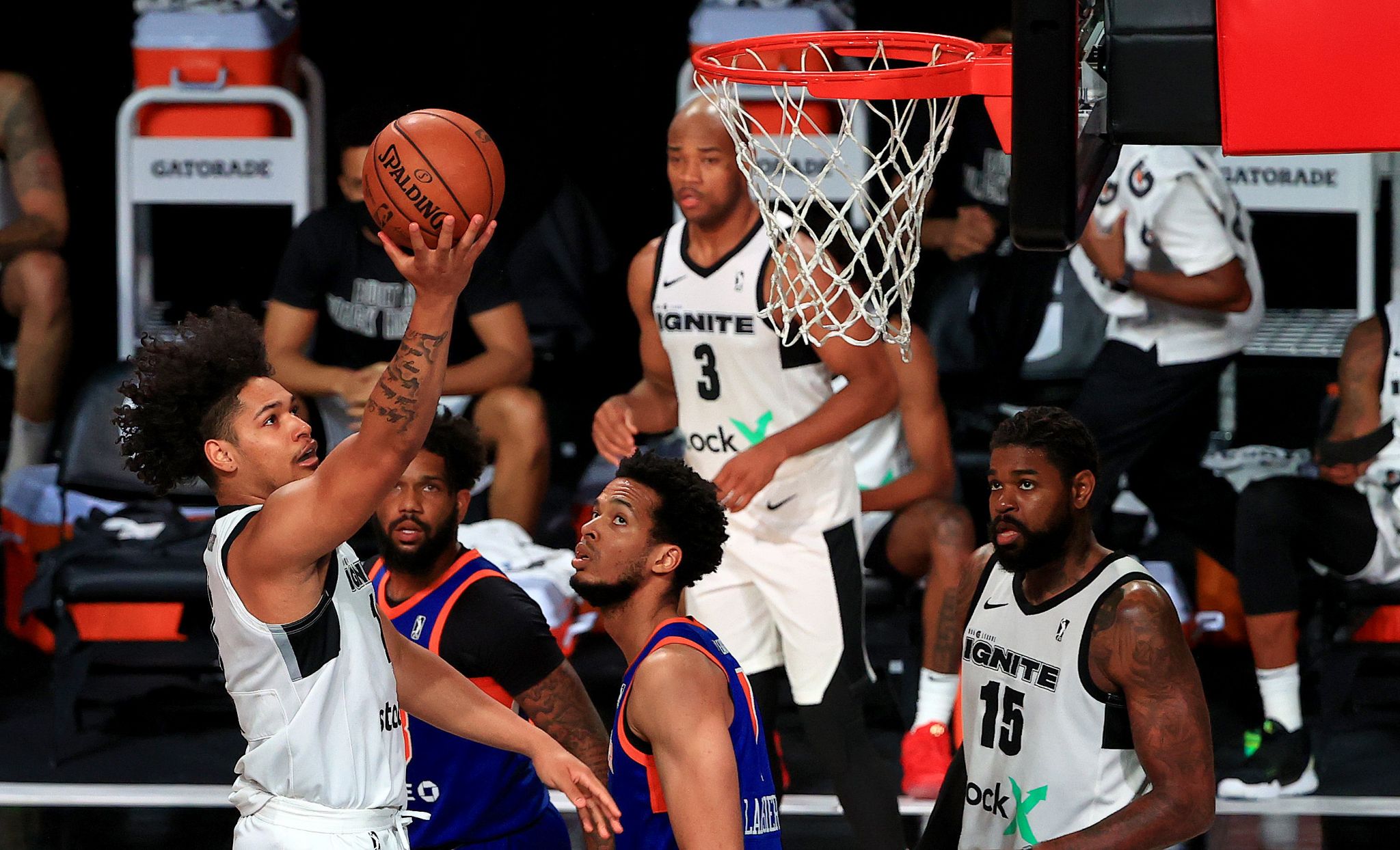 The Rockets will bring Daishen Nix and Tyler Bey to training camp on exhibit 10...